Irish Wedding Video: The Beauty of Your Day Forever Captured 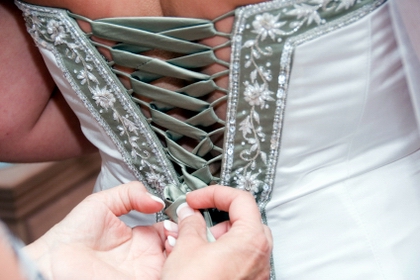 Every year on the same day in June, John and Elizabeth bring out their Irish wedding video and watch it again, reminiscing about the day and talking about their future together. One year they watched it while massaging oils on Elizabeth’s growing tummy. The following year a sleeping child joined them for their video watching party. The next year found them viewing their video in bits and pieces as they chased their young one around the room accompanied by the joyful barking of their frisky new pup.

Irish Wedding Video: The Beauty of Your Day Forever Captured

One year, John and Elizabeth almost did not get to watch their Irish wedding video because it was hidden away in boxes in the family room of their new home. They finally found it and then went on a, seek and destroy mission to find the right cords for the DVD player. They move boxes out of the way and sit down to watch, just as they always have. Exhausted from the moving, they ended up falling asleep watching the video, curled sweetly together in the soft glow of the television.

They will continue to watch their Irish wedding video every year because it is their new tradition and because it was so beautifully done. They can go back to watch it whenever they want, whether it is their anniversary or not. However, they always go back to it because it is tradition and because they look forward to it. John and Elizabeth will watch their children grow, may even have new children as well. They may move again- or change jobs or a million other little things that may change for better or worse in their lives but the one thing they can count on as a constant is their beautiful Irish wedding video on their anniversary.

And every year that they watch their Irish wedding video, they always thank their stars that they had hired DC Media who had done their video. The clarity, eye for detail, and the amazing footage of the wedding DVD captured everything. And they have no hesitation in recommending DC Media.